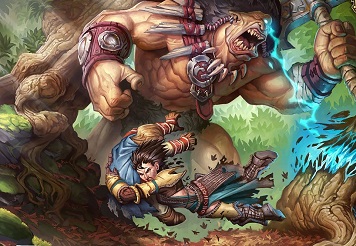 Is a Pathfinder adventure path designed to take the player characters from 1st level through 17th. The concept of the adventure path is based on the old TSR™,Against the Giants® models, first published in 1981. 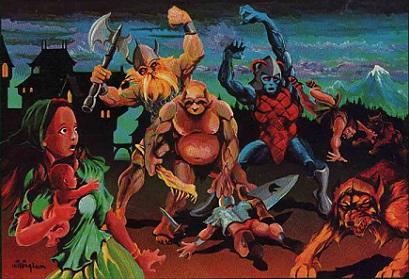 The player characters will begin in the frontier town of Trunau , located in the savage lands of Belkzen. Overrun by orcs and giants Belkzen is, one of the most dangerous nations in all Golarion. The characters have gathered in the commons area of Trunau, to honor the coming of age of one of the towns citizens. It is the year 4715 AR 3rd week of Calistril Sunday.

The beginning characters and their players are:

Be sure to check out the maps, items, forum, and adventure log links; located on the left hand side of this page.