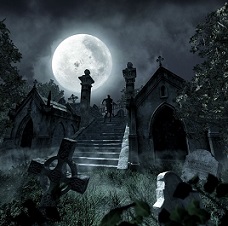 A friend and ally: Died at 2nd battle of Bloodmarch hill: died trying to re-take the east tower of the Inner quarter; felled by orc blade while charging up the stairs of the tower.

Cruel Hag that betrayed the party by posing as an ancient Elf guardian of the Vault of Thorns. Was discovered after her capture and interrogation that, she had a tragic backstory. Nevertheless, she was slain while trying to escape by Ud Nibbleaxe‘s Javelin and Whisper’s claw and fang.

Gashnakh
cook aboard the Chelish Devil. Was seemingly captivated through spell or word by Merlina and was her accomplice in sabotaging the heroes efforts. He was executed via keel-hauling by the crew of the Chelish Devil for mutiny.

Leader of the Twisted Hearts tribe and catalyst of the attack on Trunau. Met her just end at the hand of the heroes in Redlake Fort.

Beloved sister of Umlo and staltworth companion of the adventuring party. Died it the tooth and claws of the White Dragon Surmapholith .

The Red Dragon attached to Minderhal’s Cathedral. Died while trying to recover the powerful weapon ‘Heratspit for it’s own hoard.

Former Dwarven squire of Nargrym Steelhand, Lokmoor betrayed his master and was cursed with everlasting life while being trapped in his former master’s tomb. He was slain by the party in Nargrym’s tomb.

Skreed’s lover : sought her revenge against the heroes by stowing away on the Chelish Devil and sabotaging their journey. Met her end in the bilges of that same ship.

Survived the 2nd battle of Bloodmarch hill, only to be slain by the Ettin Zella-Kyzah in the muddy hills of Belkzan.

Found dead under mysterious circumstances in his room at the Ramble house. Later to be found out to be the work of Skreed Gorewillow.

Leader of the attack on Trunau and murderer of Rodrick. Met his end in the tomb beneath the Hope spring, at the hands of the heroes.

A friend and ally: He died in the 2nd battle of Bloodmarch hill: died in Sara Morninghawk’s burning house; felled by an orc blade.