Dwarven monk who really wants to do something heroic

Average height for a dwarf, Ud sports an epic set of mutton chops. He wears the simple garb of monk life, preferring to travel light…except for the small arsenal of weapons strapped to his body. He’s also a damned good midwife.

Ud is not a very good dwarf…which is not to say that he cruel or vindictive in the slightest, he merely fails to meet the standards the world at large places on his kind. Raised by a kindly father and mother in the hill country, Ud is the youngest of nine children.

His troubles began when it came his time for puberty, and a typical, dwarvish beard failed to overtake his features. Though he is able to grow a fine set of mutton chops, much of his facial landscape remains patchy and unseemly. This is, of course, because his maternal, grand paternal great-grandmother, happened to be a powerful elven mage. A large portion of her genes seem to have lain dormant in the lineage until Ud’s appearance, leaving him with a very oddball mentality.

Still, Ud did his best to uphold much of dwarven tradition through his youth, attempting to brawl, drink and overeat as much as the next dwarf. Of course, it was only a few years after his arrival into manhood when Ud had a rather unfortunate experience with ale which caused him to fracture his right leg at the femur. If that weren’t bad enough, Ud learned shortly afterward that many of his debilitating illnesses, thought to be caused by an indigenous algae, were, in fact, symptoms of his allergic reaction to eating the flesh of animals.

Bereft of many characteristics that he felt were meant to define him as a dwarf, Ud turned his full attentions to brawling, a fact which worried his parents to no end when he arrived home many nights with fresh bruises. Oh, yeah, he also still lived with his parents.

It was a night filled with stars when Ud lay on a grassy hill near his home and decided that it was time to find himself away from all familial expectations. And so, the very next day, Ud bid a fond farewell to his parents and siblings setting off for a monastery many leagues distant. There he learned discipline and respect for others, finding much wisdom in the texts of the library.

Armed with an axe his eldest brother crafted for him many years earlier and his great-grandmother’s bread knife (fashioned into a kama…he really wanted something of hers to take for inspiration), Ud has left the confines of the monastery to put all that he has learned to use hero-wise. His greatest wish is to be the champion of the downtrodden, and he remains naive enough to believe that he might achieve that goal. Along with his pony, Numbskull, Ud searches for adventure and companions to share it with.

Also, thanks to great-granny, he can make an absolutely useless spark in his hand that he basically uses as a totem for lucid dreaming (he can’t make the spark in his dreams for some reason), and he also hums poorly to himself now and then, which causes woodland creatures to show up at times. He can’t control them or anything. They just kind of sit there…silently judging. 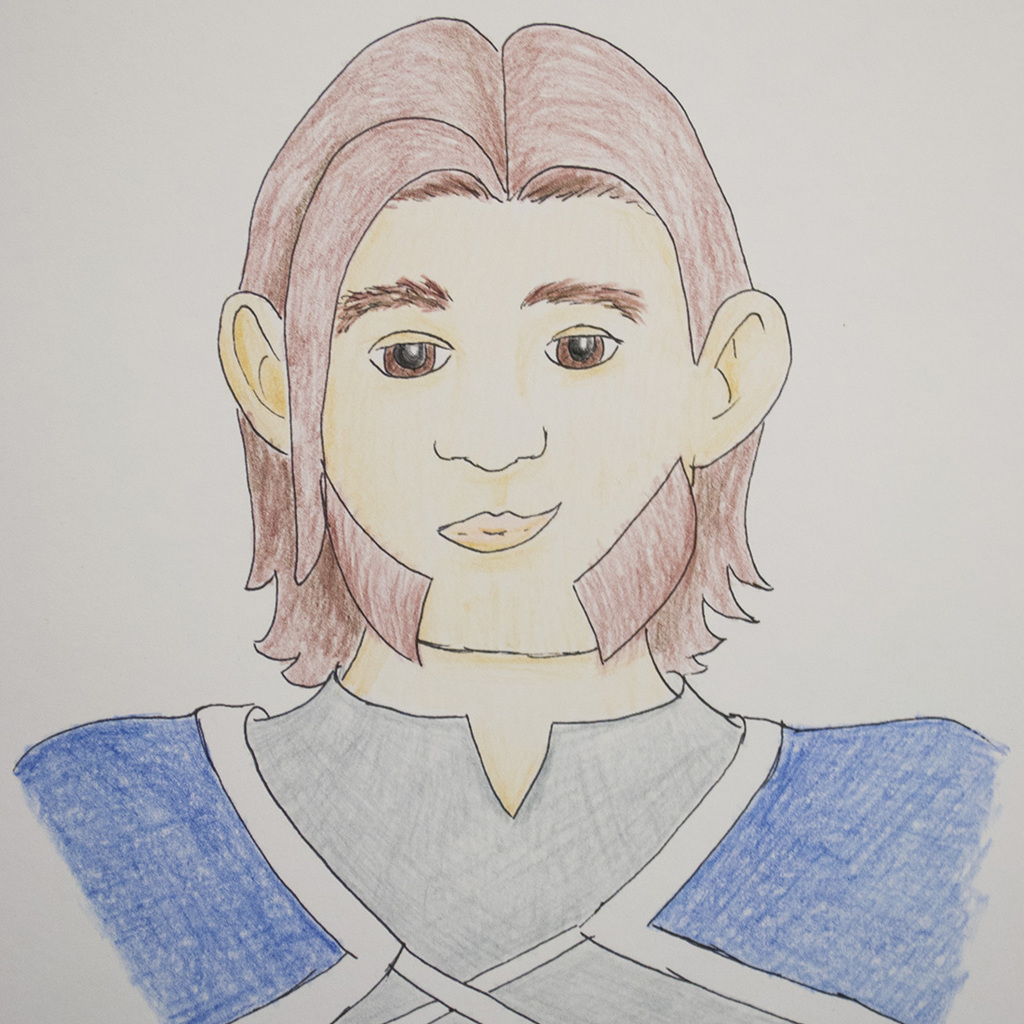