Fijit was born to a life in the forest. Born amid the lofty branches of a great oak to a widowed gnome woman, Fijit’s early life was spent in the solitude of the trees, with only her animal companions to play with.

Fijit’s compassionate nature has defined her much of her life, leading her to take a very hands-on approach with the wildlife around her. Often she could be found tending to wounded creatures, even saving the life of a young owl from the fangs of a wild dog at a very young age. A sort of unspoken bond remained between Fijit and the owl for years afterward, causing them to share a quiet moment together whenever their paths crossed therafter.

As Fijit grew into womanhood, a great wanderlust emerged inside of her, causing her to leave her mother behind one night in search of the druid life, having decided that it was the path beyond the trees that called to her most. Though she excelled in her studies, she had many clashes with her tutors when it came to the stricter methods of magic-wielding. Still, she enjoyed her time among the druids, finding a temporary cure for the wanderlust inside of her.

When the time came for Fijit to go forth and find her animal familiar, she was more than prepared to exercise patience, letting the will of the forest and those it cared for speak to her when the time was right. Unfortunately, a certain pesky owl took it upon herself to sabotage Fijit’s quest by tailing her the entire time…or so Fijit thought for many days. Having expected to emerge from her quest astride a great bear or keeping pace with a noble wolf, it took Fijit far too long to come to the realization that her familiar had been at her side the entire time in the form of a poor, defenseless owl she had saved many years earlier.

Now inseparable, Fijit and Whisper, her owl familiar have set out into the world in search of adventure, now that Fijit’s potent wanderlust has resurfaced. 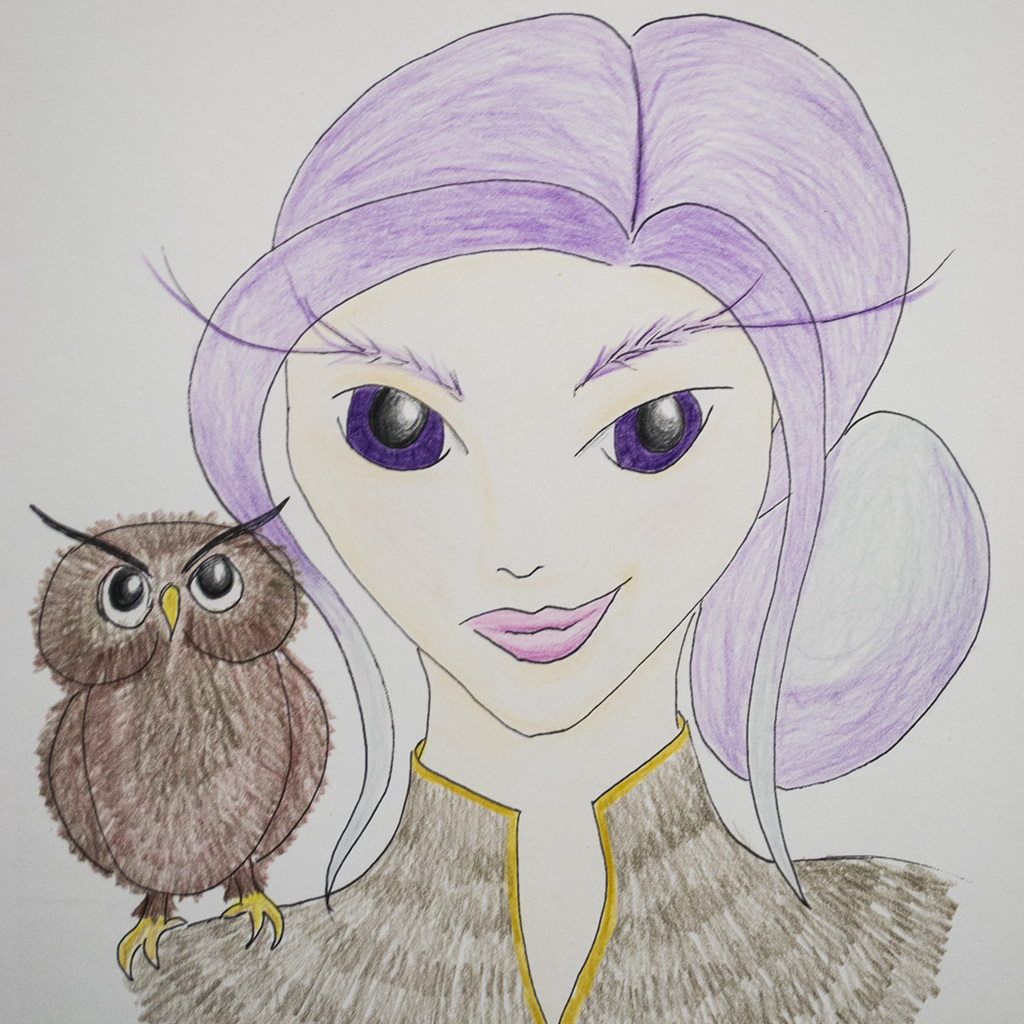